All the best plays from EGX 2019 featuring Big Bird, Phenom, Xian, and more

Comebacks, mirror matches, and reverse perfects were all on full display at EGX 2019. 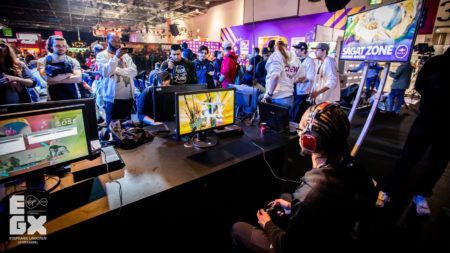 The event was stacked with the best players from the European region, along with some pros from Southeast Asia who decided to join.

In case you missed it, here are the best highlights and most memorable moments from the open tournament.

Ilker “TKR” Dovanci was able to earn one of the best comebacks of the tournament against Claude “Hurricane” Diboti in pools.

We saw another incredible reverse perfect when Marcus “TheCoolKid93” Redmond took a round off Benjamin “Problem X” Simon.

The event had multiple mirror matches throughout the day, but the most fascinating one was this Dhalsim mirror match between Nathan “Mister Crimson” Massol and Rob “Broski” L.

After a mistimed V-reversal from Hiromiki “Itabashi Zangief” Kumada, Sim “NL” Gun was able to get the knockdown that led to a Raging Demon finish.

Ryo “Dogura” Nozaki showed off one of the smartest mixups of the tournament against Nemo. After getting the knockdown in the corner, he jumped towards the other side but faked the crossup and landed on the same side, letting him start up a new combo to finish the round.

Amjad “Angry Bird” Alshalabi is known for doing consecutive throw attempts against his opponents, but he might have outdone himself this time by landing six throws in one round against Itabashi Zangief.

Kun Xian “Xian” Ho’s decision not to spend meter to finish off Phenom ended up costing him dearly as Phenom made an incredible comeback.

Big Bird’s toughest opponent all weekend was Xian. Their match in winners finals went down to the wire, with both players performing at their absolute best.