The new Secret squad will be competing in the SEA Spring League in Shanghai on May 8. 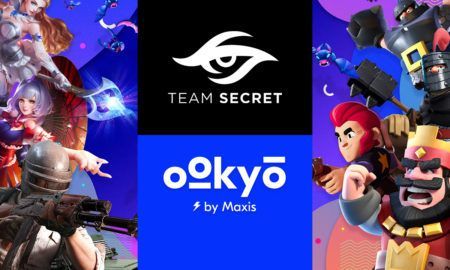 European esports organization Team Secret now has a Southeast Asian squad — except it’s not for Dota 2.

This time, Secret has picked up the former Malaysian Genexus PUBG Mobile squad, who had came in at first place in the PUBG Mobile Club Open (PMCO) Malaysia qualifier.

It’s not the first time Secret has picked up a non-Dota 2 squad, it had previous picked up Street Fighter pro Lee “Poongko” Chung-Gon (though he’s since left) and currently has Super Smash Bros. Melee pro Otto “Silent Wolf” Bisno, an Age of Empires II team and a Rainbox Six Siege squad on its roster.

The new PUBG Mobile Secret team will consist of BiuBiu, Stewart9k, SinB Neo and Alex, and they will be competing in Shanghai at the SEA Spring League taking place next week on May 8.

Besides picking up a squad, Secret is also partnering with Ookyo, a prepaid mobile service by Malaysian carrier Maxis designed for gamers. The teamup will see Team Secret content, such as behind the scenes access of the PUBG Mobile team for its subscribers as well as “overall better products to support mobile gamers” in the country.

“With Team Secret’s powerful brand following in SEA and our dedication to the region, it was only a matter of time before we invested directly into the scene here,” said John Yao, Team Secret’s CEO.