R&B singer The Weeknd joins in the esports fray

The singer will become a member of OAM’s membership group as well as a global ambassador of both of its esports brands. 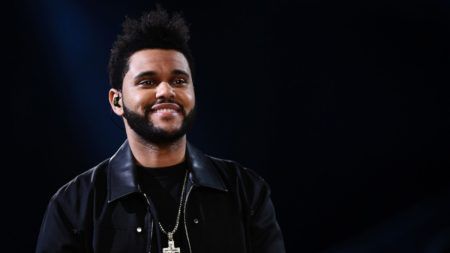 Grammy-winning R&B singer The Weeknd, is now an esports investor.

With his investment, the singer will become a member of OAM’s membership group as well as a global ambassador of both of its esports brands.

“As a big esports fan, I am really excited to be involved in this project. I am looking forward to collaborating with OverActive Media in unique and innovative ways,” said Tesfaye in a statement.

Tesfaye is not the only award-winning musician that has been making moves in the esports industry. His fellow Canadian, frequent collaborator, and hip-hop artist Drake, real name Aubrey Drake Graham, has also been active in the scene.

Drake notably co-led the North American esports organization, 100 Thieves,’ Series A funding round and became a strategic advisor for the organisation in October last year. The award-winning rapper was also part of a US$3 million seed funding round for the esports start-up Players’ Lounge just last month.

The esports industry has attracted a lot of interest from figures in the music industry as of late. Aside from The Weeknd and Drake, rappers Meek Mill and Soulja Boy have been vocal in their intent to establish their own esports organizations. Such an interest from some of the most influential figures on mainstream media can only signal that esports has itself been growing even more influential in that space.

Tesfaye will be working with Toronto Defiant on “unique joint efforts” throughout the 2019 season of the Overwatch League, although the details on those efforts have yet to be revealed at the time of writing.

The Canadian singer will also become a key figure and representative in the country’s esports scene, which has seen significant growth over the past years — as evidenced by OAM’s growing influence.

“We are thrilled to be welcoming a global superstar like Abel to our investor family. Abel’s standing in the music industry will provide our Toronto Defiant and Splyce brands the opportunity to reach more fans and engage new audiences,” added Chris Overholt, CEO and President of OverActive Media.

OAM’s group includes the owners of a number teams that compete in major esports titles such as League of Legends (LoL), Starcraft II, Call of Duty, Rocket League, and Smite, in addition to its Overwatch League franchise spot.

OAM wholly acquired Splyce and rebranded from The Ledger Group in 2018, and has since then made a number of interesting hires to better its esports ventures. Most recently, the organization announced that it has signed two former U.S. Military & special operations personnel to give its players a “mental and competitive edge”.