Overwatch‘s Biohazard Wrecking Ball is going to be an NYCC-exclusive Funko Pop!

Only a few will get their hands on this hazardous Hammond. 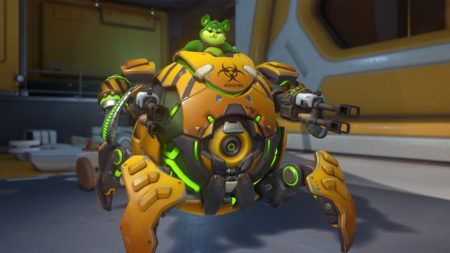 Overwatch’s most adorable tank will be one of the most coveted collectibles in the upcoming 2019 New York Comic Con, Funko announced today. Take a look at the exclusive Wrecking Ball Pop! that will be available at the highly anticipated comics and pop culture event:

The NYCC-exclusive will be a redeco of base Wrecking Ball figure. This time, Hammond and his mech will be decked in the Biohazard skin. Wrecking Ball first got the Funko Pop! treatment earlier this year.

This collectible will be available in limited quantities — even for those who attend the convention. We’re pretty sure online sellers and your favorite hobby shops will find a way to bring this little guy closer to you sooner or later though.