Now you’ll finally know what Zarya is always yelling about. 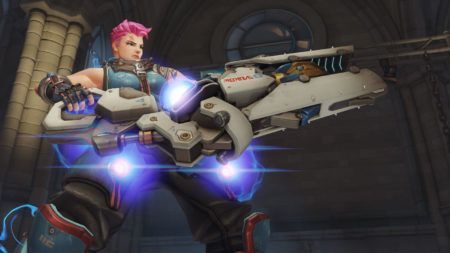 Overwatch patch 1.38 is now available on the PTR and adds new options for subtitles.

The subtitle settings can be accessed under “Sound” in the Options menu. There are three options available, offering varying levels of gameplay information:

Critical Gameplay + Conversations also adds subtitles for any interactions between characters. You mostly notice these at the start of the game.

Everything adds subtitles for every ultimate, voice line, ability, and interaction in the game.

If enabled, subtitles will appear in the bottom middle section of the screen, right where your ult meter charge is shown. Enemy dialogue is displayed in red, while friendly players show up in blue.

Three lines of dialogue can be shown at a time. But if you choose the Everything option, these lines scroll by very fast, especially in big team fights with lots of ults being thrown around.

One of the nice features of enabling subtitles is that foreign language lines get translated. So if you’ve ever wondered what Zarya is saying in Russian or Ana is saying in Arabic, now you’ll know.

Against the AI, only the character names show up but if you play against other players, their username and the character they’re playing will both be displayed.

While subtitles will be a great addition to the game for hearing-impaired players, they could also provide a gameplay advantage for those without hearing loss. In a game as chaotic as Overwatch, it’s often easy to miss when ultimates are used, especially if you’re also on team comms, so a clear visual indicator to tell you who just used their ult will definitely come in handy.

The 1.38 patch also includes some new additions to the Overwatch Workshop as well as a few bug fixes. For now, there are no hero buffs or nerfs.

You can read the full PTR 1.38 patch notes here.