2-2-2 will also be enforced in the Overwatch League. 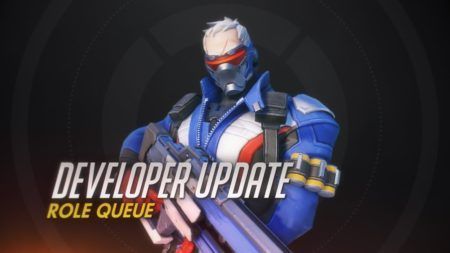 One of the worst experiences in Overwatch is getting into a game and watching your entire team pick damage heroes.

Then, as the timer counts down, you all play that game of Chicken where you wait to see if someone will switch to support (spoiler alert: it’s gonna be you).

Blizzard is finally putting an end to this problem with a new role queue system that will let you sign up as a tank, support, or damage dealer in both quickplay and competitive, and will lock you into that role for the duration of the game — you’ll be able to change character, but only within your chosen role.

Each game will have two of each role, guaranteeing a 2-2-2 comp on both sides.

You can queue for multiple roles at the same time, but players who queue for and fill high-demand roles (i.e. tanks and supports) may also receive additional rewards.

There will be separate MMR for each role, as well as SR in the case of competitive.

Blizzard says the new feature is designed to “create an environment that fosters teamwork and encourages players to bring their very best to every match.”

If you really miss six DPS comps, a new Arcade Mode is being added called “Quick Play Classic”, which will have no role restrictions.

While enforced 2-2-2 ensures more balanced games, it also puts an end to the current dominant meta comp known as GOATs, which consists of three support and three tanks.

GOATs has been a particularly big problem for the Overwatch League, as its high-sustain, low-damage style isn’t particularly exciting to watch. Overwatch League will be using the same 2-2-2 role lock when Stage 4 kicks off on July 25, so this will no longer be an issue.

To go along with role queue, some heroes — most notable Brigitte — will be getting adjustments. Brigitte is currently most effective as a hybrid third support/tank, but now that teams are limited to only two supports, she’ll be receiving changes to make her more of a primary healer, and less of a hybrid tank.

On the PTR, her Inspire healing has increased from 100 to 130, while the self-healing she receives from Inspire has been halved. Her Repair pack now has three charges, and heals for 120 over two seconds, instead of instantly. Her shield barrier has been reduced from 500 to 200HP, and her Shield Bash stun has been reduced from 0.9 seconds to 0.75 seconds.

These changes should increase her healing output, while nerfing her personal survivability.

Role queue is available on the PTR today. A beta competitive season to test role queue will run on live servers from August 15 – September 1, and a full release for all modes will launch on September 1.

You can read the full list of PTR patch notes here.