Hero eligibility will also be based solely on Overwatch League character usage trends. 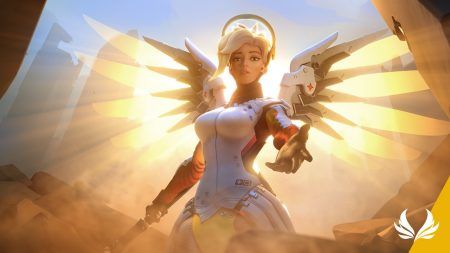 Overwatch’s Hero Pools are about to see some dramatic changes soon, according to designer Scott Mercer. Instead of being applied to all matches in online Competitive Play, the feature will be tweaked so that rotating hero bans apply only to Masters and Grandmasters of the game.

Introduced in early March, Hero Pools are Overwatch’s take on rotating hero bans. The idea behind this feature is to disable selected heroes on a weekly basis, so that players are encouraged to discover different characters and game styles instead of always relying on favorites or go-to champions. Its implementation has left a lot to be desired since it was rolled out, however.

Addressing the pleas and complaints of dissatisfied players, the Overwatch team plans to limit Hero Pools to matches that have an average skill rating of 3,500 SR. This leaves the feature only to the top two tiers of Overwatch players, Master and Grandmaster.

“Competitive Play at lower skill tiers already sees a tremendous amount of hero composition diversity in their matches,” explained Mercer. “We don’t think they need a system like Hero Pools to encourage even more.”

The Hero Pools system will also be based more on Overwatch League data, rather than combined hero usage rates derived from both OWL and online Competitive matches.

The development team noted that there have been “significant differences” between hero picks in online Competitive matches and in OWL since Patch 1.47 was rolled out. So moving forward, hero compositions in OWL will be used to determine Hero Pool eligibility.

After the current OWL season ends, the developers will base its Hero Pools on data from high-level Competitive Play until the next OWL season begins.

While the development team wants to implement the changes as soon as possible, they admitted that the tweaks will not appear in the game’s next update, noting that they are “a bit too far along in the development process for the upcoming 1.48 patch to add a new feature like this one”.

In the meantime, Hero Pools will be temporarily disabled for Competitive Play matches of all levels starting today.