On another note, ZP and Jake has confirmed their participation for OWL 2020. 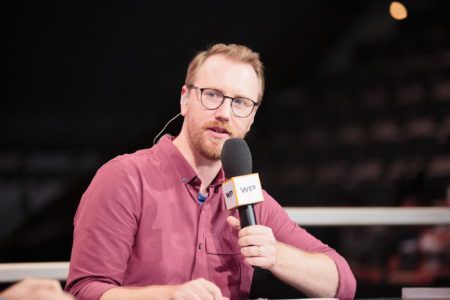 DoA made an announcement over on his Twitter account, stating he will be exploring other opportunities in the gaming industry. Similar to his co-caster Christopher “MonteCristo” Mykles’ reason for leaving OWL, DoA also disclosed that he had a conflict with the OWL’s management and system.

“It’s been a fantastic experience working with my fellow casters, big brain desk people, and the incredible staff at the Blizzard Arena over the last two years, but due to some of the League’s decisions over the last year in terms of creative direction, management, and resistance to input from veteran esports personal, I felt it was time for a change,” said DoA.

The American commentator however added that he is not totally closing his doors to Overwatch, as he mentioned the possibility of attending homestand events slated for 2020, which are events where matches are played in team’s home venues.

According to DoA, the hardest part of this decision was giving up his seven-year casting partnership with MonteCristo.

“Monte’s like a brother to me and it’s tough to accept that we won’t be arguing about various facets of nerd-dom together on broadcasts every week anymore. We’ll still make time to do some content together for sure! It just won’t be as regular as it used to be,” said DoA.

While he has not left the Overwatch League, DoA’s partner-in-crime, MonteCristo, has switched to being freelance since the start of the year. Desk host Chris Puckett has also officially detached himself from the League, and is looking for new opportunities.

On a positive note, a new breed of casters will greet fans for the upcoming Overwatch League Season 3. Andrew “ZP” Rush just confirmed that he will be a part of the OWL broadcast talent lineup for this year and he will be partnered with former Houston Outlaws professional player-turned-caster Jake Lyon.