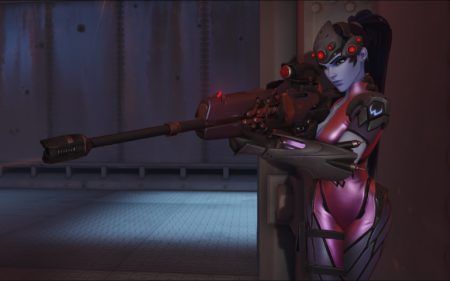 The Philadelphia Fusion kicked off their Overwatch League Season 3 campaign this weekend with a thrilling match against the Washington Justice.

On the first map, both teams were tied 1-1 on Nepal, with the third round going down to a nailbiting 99-99 conclusion. With the Justice in control of the point and half of the Fusion dead, it looked all but over for the home team.

However, while most players would have swapped to Doomfist to get back to the point faster to contest, Philadelphia captain, Jae-hyeok “Carpe” Lee, pulled out one of his signature heroes, Widowmaker, and decided to take matters into his own hands.

He started by taking out Justice DPS, Corey “Corey” Nigra, at close range, then grappled onto a wall and took out Justice’s other DPS, Ethan “Stratus” Yankel.

He wasn’t finished, however, as he then picked off Yeonjoon “Ark” Hong in midair, and then Elliot “ELLIVOTE” Vaneryd as he was ejecting from his mech.

With everyone on Washington dead, Philadelphia took the round and the first map.

Philadelphia would go on to win the match 3-1.