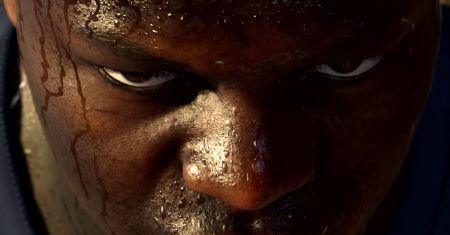 Representing the Next Gen version of the game, Zion’s cover will come with the PlayStation 5 and Xbox Series X releases of the game.

Williamson was previously featured in NBA 2K21’s teaser clip for the next-generation PlayStation 5 console. The clip shows the rookie shooting and dunking around in an empty, barely lit practice court, showcasing the game’s realistic renders of light and shadow, clothing folds and creases, and even sweat effects on the player’s face and body.

The hulking 19-year-old phenom (he only turns 20 on July 6) has been highly touted as the NBA’s next big thing, with his advanced talent and explosive style of play earning him #1 draft pick honors at the 2019 NBA Draft.

Williamson’s rookie season started off slowly, however, as an injury kept him on the sidelines for the first eight weeks of the NBA’s 2019-20 regular season.

In his delayed but no less hyped debut on January 22, 2020, he tallied 22 points on 8-for-11 shooting — including 17-point outburst in a span of less than three minutes. He also pulled down seven rebounds and handed out three assists. All that in just 18 minutes of action.

Williamson is set to continue his rookie campaign as the NBA resumes its season at the end of this month, after the league’s games were suspended in March due to COVID-19. With the Pelicans fighting for a playoff spot in the Western Conference and the young star getting more time to rehabilitate his early season injury, fans are expecting a few more impactful performances from Williamson in the coming weeks.

NBA 2K21’s third and final cover star — who will appear on the game’s Legend Edition — will be announced later today, July 2, along with the launch of the preorder period. The game will arrive on current generation gaming platforms in October.