Top 5 plays from the MPL SG/ MY Season 5 Playoffs

Kayzeepi landed a massive wombo combo and the top spot on our list. 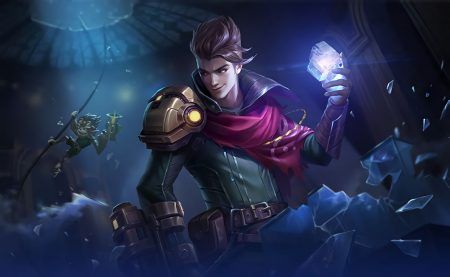 The MPL SG/MY Season 5 Playoffs were full of surprises. Fifth seed Orange Esports Reborn made it all the way from the first to the last round of the lower bracket, and even managed to defeat EVOS SG 2-0.

Fans also got to see Resurgence and Geek Fam play each other twice in a best-of-three in the semifinal, followed by a best-of-five series in the grand final.

With no shortage of highlight plays, here’s a look back at the top five.

Hiding in the bush, Resurgence thought they had the jump on Xorn’s Khufra. Unable to burst him down, Kayzeepi and Sana dived the turret to try to finish him off.

Enter Dominus on Aurora, with a devastating Cold Destruction that completely turns the situation around.

Keep your eyes on ly4ly4ly4 on Karrie. Despite positioning in between two turrets, he still wasn’t safe because Feekz on Claude found the perfect angle for a flank. Singling ly4ly4ly4 out, he solo killed Resurgence’s most important damage dealer in style.

3. OhDeerBambi gets ganked by Mom

On Khufra, Mom hid in the bush and patiently waited for the opportune moment to pounce. The moment EVOS SG’s hyper carry pushed up, Mom’s Khufra jumped on Karrie with Tyrant’s Revenge, chaining it with Tyrant’s Rage for the kill.

Trailing in gold, it was an important moment for Orange Esports Reborn as they clawed back up for the 2-0 sweep against EVOS SG in the lower bracket.

Confident in executing their draft, RSG decided to pile pressure onto Geek Fam’s off laner, Artz.

Standing out of vision, Geek Fam were completely unprepared for the Ocean Gladiator to appear from the side.

Eugene “Kayzeepi” Kong on Atlas found a huge opening to lock up three members with a flawless Perfect Match into Fatal Links wombo combo for an unofficial wipe out just six minutes into the game.

Resurgence went on to take the series and the championship title 3-1.