Here’s why the 19-year-old was picked to lead his squad. 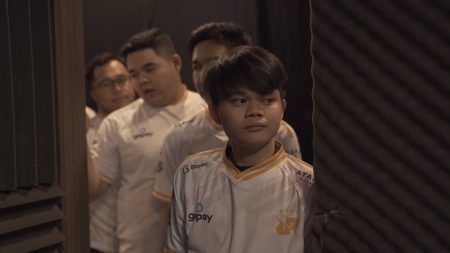 Despite having ML veterans like Diky “Tuturu” and M “Lemon” Ikhsan in their starting five, RRQ Hoshi is taking a new approach in MPL Season 5 by naming young tanker Calvin “Vyn” as captain of the team.

At 19 years old, Vyn is the youngest player on Hoshi at the moment. Coach James “James” Chen explained how he managed to bypass two senior players like Lemon and Tuturu.

“When I choose Vyn as captain, it doesn’t mean that other players are inferior or don’t respect others. Vyn is the mediator of them all,” James said.

“He is a person who can control his emotions, calm his team, and promote discussions amongst the individuals. Not only that, Vyn has a leadership spirit and is very good at playing his signature heroes,” he added.

Aside from his leadership skills, Vyn’s in-game performance has done most of the talking to back the team’s decision. He was extraordinary in the first week of MPL Season 5, with his proactive support play helping RRQ bring down strong teams like EVOS Legends and Geek Fam ID.

Although Vyn is known for deadly Jawhead skills, the young captain is also adept at playing tank heroes and mage supports like Selena.