The league leaders swept both Onic and Geek Fam this week. 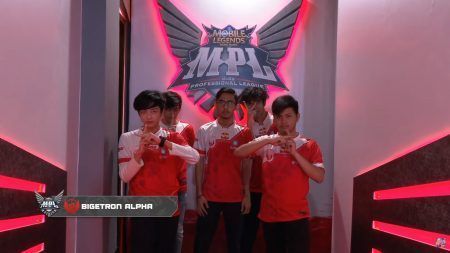 Despite facing a score deficit, GFLX carried on with an amazing Game 2. Pulling out his deadly Cecilion, Deden “Clay” Mohamad took out Gustian “Rekt” in the final clash and give his team the well-earned victory.

Game 3 was definitive proof that GFLX excels in the late game. By the 16-minute mark, Clay made another game-changing play by flanking Muhammad “Wann” Ridwan and Fauzan “Revicii” Chakim for the double-kill.

With only Rekt left to defend against four GFLX members, Noval “Fredo” Ananda chased the last EVOS player out of his base while Clay and Watt sieged the base to complete their reverse-sweep.

Bigetron Alpha’s Wiloko was a crowd-control master in their match against Geek Fam. Aside from doing some quickfire 2v1 ganks, the Leomord player chased opponents down with a deadly combo of Decimation Assault and Phantom Stomp.