The Cup will act as an alternate event to the canceled MSC 2020. 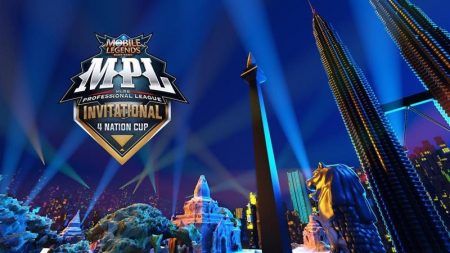 With the Mobile Legends Southeast Asian Cup 2020 officially canceled due to coronavirus, Moonton has announced a new substitute tournament, the MPL Invitational 4 Nation Cup, as a means of regional competitive play before the sixth MPL season.

The 4 Nation Cup will be completely held online and will feature teams from Indonesia, Malaysia, Singapore, and Myanmar. Other SEA countries like Thailand, Philippines, and Vietnam will likely have their own national tournaments to take in place of MSC 2020.

The tournament will be divided into three stages: two qualifying rounds and a playoff round. The qualification rounds will host 12 teams that will go into three groups and fight to be the top of their group. The teams with the most wins will then go into the playoff bracket.

As for notable dates, qualification rounds for the Cup will take place from June 18-28. Once the tournament has its top eight teams, the Cup’s playoff bracket will go on for three straight days from July 3 to 6.