All the best plays from the MLBB M1 World Championship 2019 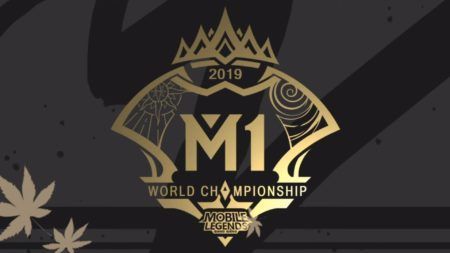 The MLBB M1 World Championship was the biggest Mobile Legends tournament ever, featuring 16 of the best teams from around the world battling for a US$250,000 prize pool.

The tournament was absolutely stacked, so it should be no surprise that there were amazing plays throughout. Here are our favorites:

In a deadly overextend by Burmese Ghouls’ PVNDV, the bot-laner fell victim to a 4-man attack by the Filipino Sunsparks.

Although PVNDV was able to execute Terizla’s ultimate, Rafflesia already caught him in a long stun, leaving the three remaining Sunsparks members to eliminate the lone Bermese Ghoul.

However, the Ghouls immediately came back with an amazing chase and tower dive into Sunsparks’ bottom tower.

Although Kielvj escaped the reach of PVNDV under the tower, Kid001 appeared out of nowhere with a deadly skill shot, killing Kielvj and bringing both Jaypee and Rafflesia to low health.

To exact his revenge on the Sunsparks, PVNDV snatched a double-kill with a quick but menacing combo on the two sitting ducks.

10S had an incredible save near the bot tower in their first game against Todak. Although Todak was miles ahead in kills and gold, the Malaysian team could not handle 10S’ impeccable defense.

Even with the Lord knocking on 10S’ door, Totaka led the almost-wipe out with a great back-line offense. With half of Todak inside the base, Totaka sniped down Eone and Ciku while Tomebo and Pappa took out the rest, leaving only Moon to retreat.

Todak would eventually win the series with an amazing rampage in the third game, taking the Lord despite 10S’ best efforts to stop them. However, they finally secured it and then team wiped the Japanese squad.

With 10S deep into their death timers, TDK strolled into the base and won the series, claiming seven kills in under two minutes.

RRQ outclassed the Malaysian team during their first match-up in the upper bracket.

With barely any difference in the beginning stage of game one, RRQ upped their teamwork and took down TDK’s members with style. In just one defensive counter-play, Lemon, AyamJAGO, and VYNN pinched TDK’s Xray right as he attacked the top tower.

Their second game in the series featured a brutal battle. Although TDK was already retreating from a poor tower dive, RRQ pushed for a long and arduous chase.

TDK’s Moon was able to reach Godlike status, but things turned sour when Vinn unleashed his assassin skills on the Malaysian team, earning himself a triple-kill. RRQ walked out with a complete wipe-out in the seventh minute.

Eventual champions, EVOS Legends, were the best team all weekend and looked completely dominant in their Winners Finals match against rivals, RRQ.

In game one, Wannn and Donkey had to fight a 3-man strike in bot-lane. Despite being outnumbered, the two pulled off an amazing play with Donkey kicking TDK’s Lemon into their turret while Wannn built a wall to minimalize his escape.

On top of the amazing play, Oura immediately teleported into the battle to help secure Wannn’s double kill.

In the second game, RRQ showed off some stalwart defense to match EVOS’ amazing offense.

With EVOS pushing with the Lord in the bot lane, RRQ did their best to hold the team back from destroying the tower.

While EVOS did eventually get the tower, Xinn was able to shut down Wannn and sent EVOS back to their base. Meanwhile, Oura was already half-way done in destroying the inhibitor, but the rest of RRQ quickly got on the hopeful split-pusher. After eliminating Oura, RRQ still fought hard for a bounce-back, claiming the life of a retreating Rekt down mid-lane.