The LCS Scouting Grounds will be virtual this year

Watch your favorite NA teams pick up their newest talents. 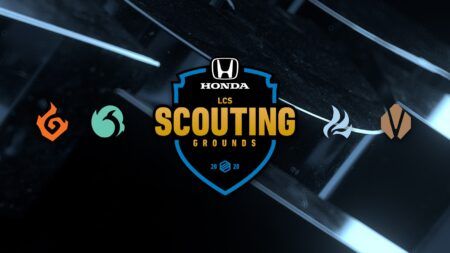 North America’s League of Legends Championship Series (LCS) has announced that the 2020 Honda Scouting Grounds will continue with its schedule, but will now be held in a virtual format.

“We’ve continued to monitor the global health situation since our lolesports post in June,” stated LoL Esports. “To ensure the health and safety of everyone involved, we wanted to confirm that 2020 Honda Scouting Grounds will be fully virtual.”

The format for the week-long competition remains the same with Riot easing the process for all the players. All competitors will play on the same Tournament Realm server and will be monitored via webcams and comms provided by Riot.

As for the draft, the format will stay the same as the 2019 format, giving all LCS teams one guaranteed pick that can be sold or traded. The pick order for teams will be the reverse order of the Summer Split standings, allowing the lowest-ranked teams to get the newest top talent showcased in the competition.

Here’s the draft sequence for the participating teams:

The main event of the LCS Scouting Grounds will happen on November 14 at 6 a.m. (GMT+8). You can catch the action on the official LCS Twitch channel.