The two brought FlyQuest to two finals and a Worlds appearance this year. 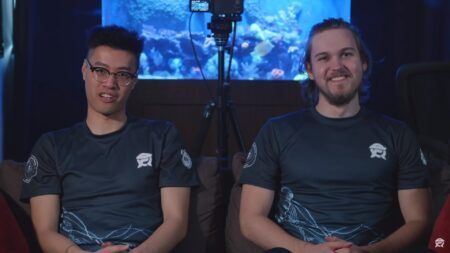 The two veterans were essential to FlyQuest’s 2020 rise in the LCS. After two back-to-back LCS Finals appearances, the team went on to a 3-3 record in Group D of 2020 Worlds, even taking a game off of LPL superteam Top Esports.

When it comes to their skills on the Rift, the two truly shine in the postseason. For the 2020 Summer playoffs, WildTurtle came in fourth for both kills (67) and KDA (5.1), making him a solid contender in the ADC role. Despite being called a passive jungler, Santorin was a dominant factor in controlling the map for FlyQuest, taking first place for wards cleared per minute (0.53).

Being fairly strong figures in the LCS, we’ll probably see them in another team in no time, Santorin has been slated as Team Liquid’s next jungler with the recent release of Mads “Broxah” Brock-Pedersen. As for WildTurtle, he’ll act as a NA-resident veteran that can bolster mid-table teams in the global free agency.

While IgNar and Solo are currently in the starting line-up since Summer, FlyQuest could consider doing a full roster rebuild if the two are looking to bring their talents elsewhere.