“Singaporean gamers have a high skill level and competitiveness.” – Riot 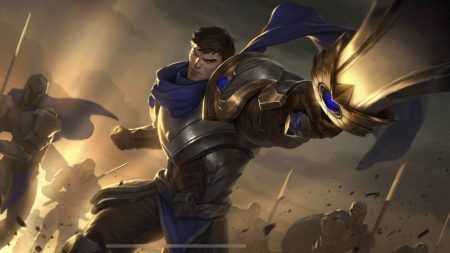 It seems an odd choice for a tiny island state in Southeast Asia to be the first in the world to launch Riot Games’ latest game on mobile, but the game developer does have its reasons.

The country features a high mobile penetration rate and super-fast internet speeds, which make a conducive environment for Riot to gather feedback and technical data. Of course, that’s not all, as Riot also highlighted that Singaporean gamers play a wide variety of games, making it a good playground for testing.

“Singaporean gamers play a wide variety of genres across action, strategy, and more. They also have a high skill level and competitiveness, which are great attributes for CCG players,” said Riot’s Jennifer Poulson, Head of Growth & Launch in Southeast Asia, Hong Kong, and Taiwan.

Of course, besides the above reasons, Singapore also serves as a gateway to the wider Southeast Asian region, and Riot’s also planned for the possibility of reaching other markets, with the game having been translated to Thai, Vietnamese, and traditional Chinese.

While there’s no set date for when it will launch outside of Singapore, the game is set for a 2020 launch on both PC and mobile, which means this will happen soon regardless. League of Legends is a popular game in Vietnam, and Riot will definitely want to take advantage of the popularity of its core game to promote LoR, which exists in the same game universe.

Lastly, Poulson added that LoR is an opportunity for Riot to improve on the card game genre, and because they want to set a new bar for a game that’s focused on the player.

“We won’t ship anything less than a product that hits our high-quality expectations to players, and we are now in a position to directly deliver the games that we love to players,” said Poulson.

“We’re excited for it, and hope that LoL fans are as well.”

Legends of Runeterra is now live on the Apple App Store and Google Play Store in Singapore. You can read up about the game here.

READ MORE: Legends of Runeterra mobile is the perfect game for commuting