The biggest winners and losers of Legends of Runeterra 1.6

Heimerdinger gets hammered down for being too OP. 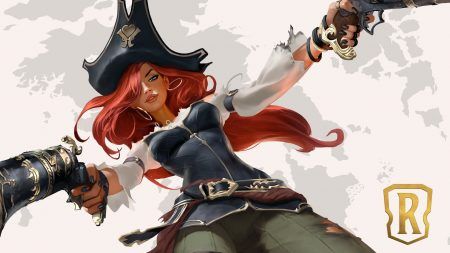 Legends of Runeterra’s patch 1.6 brings with it some substantial changes to the meta.

Along with a new Lab mode and a Spirit Blossom Festival limited-time event, the regions of Piltover/Zaun and Noxus take some heavy hits while Ionia gets some slight adjustments to cater to its sword-swinging champion, Yasuo.

Bilgewater’s Hunting Fleet card now has a lower cost to make it more available in the early rounds as a quick damage-dealer. The small deduction also comes to its other spawning card, Golden Narwhal, giving opponents a cheaper and weaker card on their side.

With his unbreakable spell-casting turret spawn being too hellish in the late game, Heimerdinger gets a substantial nerf to his skills. Instead of randomized robot spawns, players can now only get specific kinds according to the cost of the spell used. On top of that, the Apex Turret and Stormlobber are significantly weaker and it looks like there’s no chance of you spawning a terrifying T-Hex.

Riot is slowly adjusting the Elusive mechanics to better balance out what Ionia can offer. Though Shadow Assassin now deals less damage than before, Steel Tempest returns as a 2-cost trump card to build on Yasuo’s stun count. Rivershaper also becomes a valuable early-round spawn with its health increase while Will of Ionia turns into a reserve spell card, now costing 5 mana.

Despite being known for its damage-heavy card library, Riot tones down Noxus’s power output in some key early-game cards. Crimson Disciple and Legion Grenadier now deal damage to the opponent’s Nexus while Basilik Rider now deals less damage in general. On the flip side, Arena Bookie now costs 2 mana with one more health point, giving him a worthy summon in the first few rounds of battle.

Despite getting some solid buffs a few patches ago, Riot has decided to revert and adjust some changes in some of the region’s more tenacious champions. Braum now goes back to having no damage due to his significant tanking skills while Eggnivia now only has one health point to make her a bit more fragile before she becomes Enlightened.

For more information, you can check out the full Legends of Runeterra 1.6 patch notes.

READ MORE: The biggest winners and losers of Legends of Runeterra patch 1.5