Open beta progress will carry over to the live release of the game. 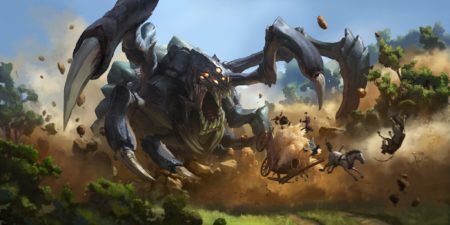 The open beta for upcoming strategy card game Legends of Runeterra (LoR) will soon be available. To prepare for the beta, Riot has released the patch notes for the game.

All accounts have been reset to make way for new players, but Riot has promised that there will be no further account wipes, which means open beta progress will carry over into the release version of the game.

The economy of the game has greatly changed since ONE Esports got its hands on one of the preview patches.

Coin pricing has been tweaked to adhere to both Play Store and App Store rules. Shard values have also been changed “to preserve the 10:1 ratio between Shard and Coin costs for content.” Content pricing has also been affected, with Common Wildcards now available for a cheaper price.

All chest rewards have been updated. Vaults on Levels 10 and above now contain Expedition Tokens. Finishing Expedition trials and claiming rewards from it now gives off greater Shard values.

To top everything off, Ranked mode is now enabled!

The full Legends of Runeterra Open Beta patch notes can be read here. The open beta will be available on the Play Store and App Store on January 24, 1 p.m. CDT (January 25, 3 a.m. SGT).

The development team released a welcoming letter dedicated to all players of LoR.

READ MORE: Three embarrassing things not to do in Legends of Runeterra