If you haven’t been playing Ziggs, now’s the time to start 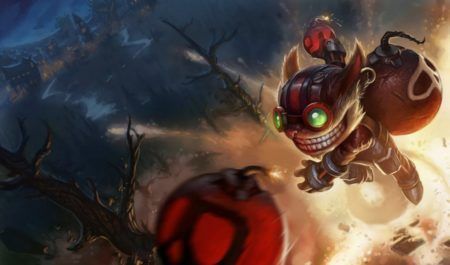 League of Legends patch 11.12 adjusted 16 champions in total, but Ziggs is the clear winner. Buffed significantly in this update, expect to see Ziggs resurface in your ranked games and in pro play in both mid lane and bot lane.

Acknowledging that Ziggs has been out of the meta for a long time, Riot increased base damage of his core wave clearing and poke ability, Bouncing Bomb (Q).

An even more empowering buff was given to his ultimate, Mega Inferno Bomb, which is a very large AoE skill that many times, can be dodged because of its slow animation speed.

Echoing Nemesis is LCS caster David “Phreak” Turley, who agrees that this is a very large buff. “Ziggs mid will be very strong, Ziggs bot will be very, very strong, so I do recommend playing him,” said Phreak in his detailed patch 11.12 rundown.

In the pro meta where AD mid laners like Lucian and Jayce are increasingly common, being able to draft an AP mage at bot will definitely give teams more flexibility and team composition options.