The Phoenix just took down the current Worlds champions. 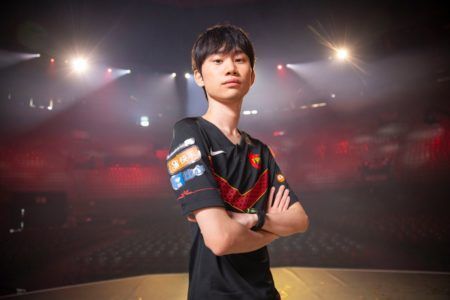 All games featured intense team fights and high kill scores, and despite IG’s valiant attempts to outfight FPX, the Summer Split winners seem to have IG figured out and took the series 3-1 to advance to face the eventual winner of G2 Esports vs SKT T1 in the finals on November 10.

After getting an Ace at the 28-minute mark of the game, FPX came through with the first point of the series.

The second game of this semifinals series turned out to be the most intense and action-packed game so far, as both teams were neck and neck. With team fight victories alternating between both sides, it became hard to tell who would eventually win as the game progressed.

At one point, the game turned into a race of “who’s going to get the Baron Nashor buff first?” as both teams outplayed each other to prevent the other side from killing the most powerful neutral monster in the Summoner’s Rift.

Having caught out FPX Doinb’s Blitzcrank, Invictus Gaming finally managed to secure a lead and continued on for a victory after 42 minutes to the series 1-1 standing.

In the end, this epic game two of the FPX vs IG Worlds 2019 Knockout Stage series will go down in League of Legends history as the game with the most deaths in any Worlds match, with a total of 59 champion deaths.

Both teams were pretty even in terms of gold advantage and lanes by the late game, but the insane map pressure from FPX Doinb’s Nautilus and FPX Tian’s broken gameplay of Qiyana simply put IG on the back foot by forcing them to play defensively.

In the end, Invictus Gaming failed to protect their Nexus and FPX took the lead with a 2-1 standing.

With match point on the line, IG had to play their best, but FPX didn’t give them a chance.

FPX Lin “Lwx” Wei-Xiang’s Varus and FPX Tian’s Gragas were attacked under their own top lane turret by IG Ning’s Olaf and IG TheShy’s Kayle and while FPX Lwx did not survive the gank, FPX Tian did with his perfectly-timed stopwatch. With just a chunk of HP left, FPX Liu “Crisp” Qing-Song’s Tahm Kench brought him back to safety with the use of Devour.

With their Worlds title on the line, Invictus Gaming turned FPX’s aggressive attack to their advantage with the help of IG TheShy’s Kayle resulting in a quadra kill for IG TheShy and an Ace for the whole team.

However, FPX seemed to settled on their winning strategy, and decided to eliminate IG’s super carry first to win the series. In the final clash, FPX Doinb’s Nautilus took down IG TheShy’s Kayle, before getting an Ace by wiping out the rest of his teammates.

FPX prevailed over the Worlds 2018 champions and advance to the finals after winning 3-1.

FunPlus Phoenix will be facing off the winner of G2 Esports vs SKT T1 semifinals series at the Worlds 2019 Grand Finals on Sunday, November 10, at 8 p.m. GMT+8 (1 p.m. CEST) at the AccorHotels Arena in Paris, France. Summoners can watch the epic conclusion to the ninth season of the professional League of Legends live at Riot Games’ Twitch channel.