The Liandry’s Salesman gets a big in-game bonus. 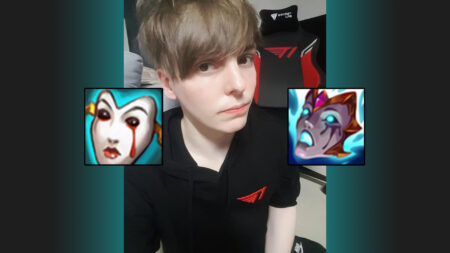 League of Legends streamer Nick “LS” De Cesare is known as an outspoken figurehead in the competitive LoL community, analyzing various leagues’ playstyles and voicing his opinions on how one can play the game better.

LS has been passionate about the underrated item’s potential and vouched for Liandry’s throughout the years, even earning the nickname of Liandry’s Salesman.

“Liandry’s will deal infinitely more damage than the Morello could ever prevent healing,” said LS in a 2019 tweet.

Just recently, LS discovered that League of Legends developer Riot Games has added an easter egg about him in the game. In the item shop, you can now use “last shadow” (LS’s original in-game name) as a keyword to find the item’s newest variation, Liandry’s Anguish.

While it may be a subtle reference to the analyst, LS teared up in the middle of a game and saw the accolade as a meaningful milestone for him and his influence in the community.

“To get something honorary like this, I can’t really explain what it means,” said LS in his reaction video. “League saved my life and League gave me the life that I have now. I’ve always held that stance towards Riot and League in general.”

You can watch LS’ reaction for yourself right here: