Ain’t nobody bringing the OT6 down. 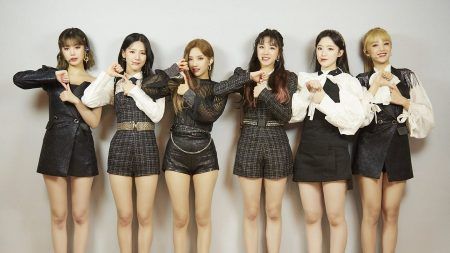 Korean girl group (G)I-DLE charmed the hearts of Summoners once again during their “I-Land: Who Am I” online concert which was broadcast on July 5.

(G)I-DLE performed their own version of Pop/Stars, a song they recorded in 2018 under the guise of League of Legends‘ virtual girl group K/DA, along with other artists Madison Beer and Jaira Burns.

Members Seo Soojin and Yeh Shuhua opened the act by singing the iconic lines “You know who it is, coming ’round again. You want a dose of this right now It’s KDA, uh!”

LoL Summoners and (G)I-DLE fandom Neverland were immediately greeted by Jeon Soyeon‘s energetic rap, followed by Nicha “Minnie” Yontararak’s powerful vocals. Cho Miyeon’s entrance captivated everyone next. Song Yuqi appeared after the first chorus then all six of (G)I-DLE pulled off their dance cover of Pop/Stars.

K/DA’s Pop/Stars was originally presented live at the the 2018 League of Legends World Championship (Worlds) Finals. The performance featured Soyeon as Akali, Miyeon as Ahri, Madison Beer as Evelynn, and Jaira Burns as Kai’Sa.