The LPL is on fire. 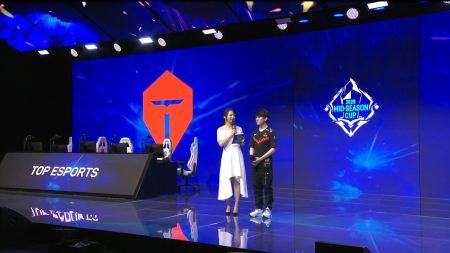 Day one of the 2020 LoL Mid-Season Cup has put the LPL in the limelight with both of its day one teams, Top Esports and FunPlus Phoenix, going through to the next round.

Despite taking a loss from T1 in their first game of the day, FPX stood tall in their final game against DAMWON Gaming.

The Chinese team were able to keep-up their kills on the leaderboard, but DWG took a decisive Baron that led to an immediate base invasion. Though things were looking bleak for FPX, Lin “Lwx” Wei-Xiang made a beautiful shot with Senna’s Dawning Shadow that hit four of DWG.

With Lwx’s perfect initiation, the rest of FPX quickly jumped on DWG and earned the double-kill for FPX ADC. After the quickfire turnaround, Kim “Doinb” Tae-sang teleported for a toplane push while the rest of FPX hunted the remaining DWG members.

With Doinb working on the Nexus turrets and distracting the newly respawned DAMWON players, the rest of FPX quickly followed up from the bot lane and swarmed the Nexus for the qualifying win.

LCK’s Spring champions had some uncharacteristic slip-ups in their final match against Top Esports. The Korean team were looking for a speedy takedown of the Baron but were caught out of position by TES.

In the clash, Lee “Faker” Sang-hyeok took down Hung “Karsa” Hau-Hsuan, but Yu “JackeyLove” Wen-Bo followed up with a kill on the Azir player. With the failed Baron attempt by T1, TES chased down a few more members of T1 and took Baron for a significant late-game buff.

With the game-changing clash and Baron pick-up, TES came back with an impressive attack in the bottom jungle. Zhuo “knight” Ding easily stunned T1’s backline with Parallel Convergence, deleting Faker from the engage. With only two T1 players left, TES teleported to the botlane tower and demolished the Nexus for the win.

The 2020 LoL Mid-Season Cup continues today with the first match between JD Gaming vs Gen.G at 3 p.m. (GMT+8).