The biggest winners and losers of League of Legends Patch 10.9 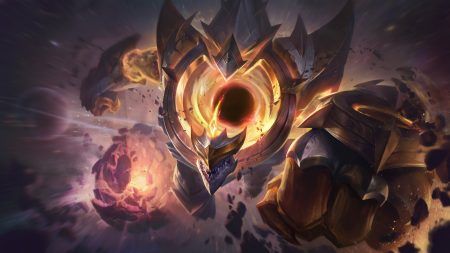 While League of Legends patch 10.9 is a small one, certain champions were affected more than others. Kyan received a big buff, while Karthus, Wukong and Nami got hit by significant nerfs.

Riot has been upping Kayn’s power incrementally over the last few patches. In Patch 10.5, Blade’s Reach received a buff, increasing its slow from 60% to 70%. Now, it has been pumped up by another 20%, making Kayn’s ganks even stronger.

Reaping Slash’s bonus damage now also applies to minions, which begs the question: Will we see Kayn played solo in the top lane?

Sanguine Blade was almost exclusively used by Kalista top for laning and split pushing, popularized by Kang “TheShy” Seung-lok. Now that it is more cost effective, we could see champions like Quinn, Fiora, Zed and Talon build into it more frequently.

Even though Karthus’ damage numbers aren’t touched, this is a massive nerf to the already slow-moving mage. He will need more time to move around the map, increasing his jungle clear speed while making him more vulnerable when ganking, lowering his overall efficiency.

Another crushing blow to Wukong mains, his damage numbers were targeted once again. Previously, the bonus armor he gained from his passive, Stone Skin, was reduced. Now with slightly reduced base armor, opposing top laners will be happy to take trades against the monkey king.

Specifically targeting his impact in high levels of solo queue, Riot is reducing his roaming prowess and overall utility. Caretaker’s Shrine movement speed has been cut by 20% while Magical Journey’s cooldowns took a hit in the early levels.

Mid laners (and sometimes junglers) can breathe a sigh of relief.

Nami’s play rate and win rate rose after Tidecaller’s Blessing (E) was changed to allow it to be applied through spells and not just auto attacks.

The nerfs to her base health put her at the lowest among traditional ranged supports. Together with the reduced movement speed from her passive, other ranged utility supports like Janna, Lulu and Karma might prove to be better choices in this patch.