The biggest winners and losers of League of Legends patch 10.10

The Starchild is looking very bright. 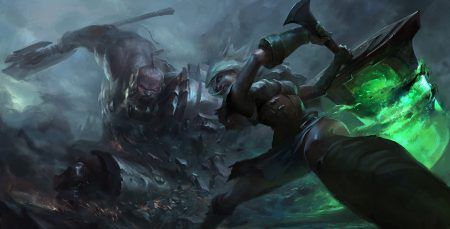 The good news about League of Legends Patch 10.10 is that a bunch of non-meta champions were buffed.

The bad news is that champions who received nerfs were specifically targeted because of their impact in solo queue.

After retired LoL professional player Joedat “Voyboy” Esfahani brought up the topic of player behavior in ranked games on social media, it became a widely discussed topic in the community.

Riot Games responded in a post that they will be addressing this issue in the long-term, with plans to address game-ruining behavior, and improve the mechanics of reporting feedback.

Did someone call an ambulance? Because LoL’s one and only lifesaver just got buffed again.

In patch 10.6, Riot gave Starcall some power back. In patch 10.8, her base mana was boosted while Starcall’s cost was reduced, making it cheaper to spam Qs.

Now, Starcall’s base damage is buffed by ten at every level. Additionally, Astral Infusion will be cheaper to cast at early levels.

Have fun laning against her!

Tibbers’ aura damage increased by ten at the first tier, and an additional 20 by the time Annie reaches level 16. On top of that, there’s a slight increment to his AP scaling.

This is a significant buff to the Dark Child as her ultimate is usually used in conjunction with Pyromania’s stun, so Tibbers is definitely going to hurt more on the initial hit, and when he chases down targets.

On top of that, Annie will be harder to kill because of the additional 7% damage reduction at max level Molten Shield.

Support Annie in the bot lane is back.

Currently an AP burst mage in mid, these changes might call for the return of hybrid, on-hit TF.

The S tier, highest win rate top lane champion in solo queue on the Korean server for patch 10.9 according to OP.GG is Maokai. A meta pick who was used in professional play during the playoffs, he can sustain in lane and pack a punch during team fights.

His decreased base mana is tiny, and only Q was hit with an increased cost of ten mana, so expect his win rate to drop only slightly.

A situational support pick at the pro level, Riot wanted to reduce the raw defensive stats for himself and his linked ally.

Bastion really took a hit at the later levels, losing up to 6% bonus armor.