The biggest winners and losers from League of Legends Patch 10.8

Look out for Soraka to make a return to the meta. 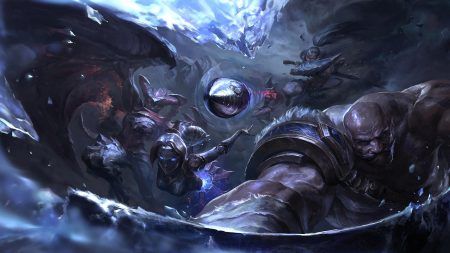 League of Legends patch 10.8 is out now, with adjustments to seven AD carries. While their individual changes aren’t huge, it does signal the start of a bigger shift down in bot lane in the near future.

The only meta-changing difference this patch, surprisingly, is Riot’s huge buff to Soraka.

After getting hit by all-round nerfs in patch 10.4 to steer her away from top lane in solo queue and competitive play, the most annoying spell to lane against in League of Legends is getting buffed.

In patch 10.6, Riot already gave Starcall some power back, increasing its base heal and movement speed bonus. With a larger mana pool and reduced cost at all levels, we expect her to return to solo and support roles, especially since her melee counterparts have been nerfed.

Riot Games’ intention with these experience changes is to “reduce the perception that [junglers] have to have an aggressive early presence to be effective”. A boost to farming junglers like Graves and Kindred – both of whom also received individual buffs in patch 10.5 and 10.6 – we expect their play rate to increase in solo queue.

While these adjustments aren’t sufficient to bring them to the forefront of the bot lane meta, the overall changes to ADCs do signal an intention to move away from the Aphelios-Senna-Miss Fortune trifecta to a different set of auto attacking AD carries.

Passive – The hitman and the seer

Q – Weapons of the faithful

With near 100% presence in pro games, Aphelios was hit hard by the nerf bat.

The shift to lethality might create more diversity for Aphelios. Varus is one of the few AD carries who take on a completely different build based off a single keystone, so we’ll have to see if Aphelios moves in the same direction.

Like Aphelios, Senna’s kit is extremely difficult to balance. She also has a near 100% presence in pro games and as people continue to get better with her, she’s likely to become even more stifling. Expect more nerfs in the future.