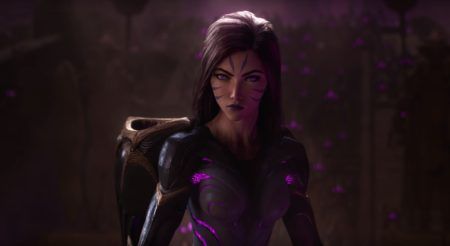 The League of Legends competitive season is almost here, and to hype Summoners up Riot Games has released an insane Season 2020 cinematic.

In the cinematic, nine of our favorite LoL champions are featured with their own mini-stories. Lux, Garen, Sylas, and Galio are in quite a conundrum over at Demacia.

In another area of Runeterra, explorer Ezreal takes what appears to be the Tear of the Goddess item, and gets swarmed by thousands of voidlings, only to be saved by Kai’Sa from certain death.

Over in Zaun, Piltover champions Caitlyn and Vi are both preventing the dreadnought Urgot from escaping his prison cell.

With these stunning visuals and a fresh take on a classic LoL song, players are sure to get hyped about the start of the new Season 2020, which is set to begin today.

Aside from Season 10, Summoners also have other things to look forward to this year, such as the LoL mobile game Wild Rift, Teamfight Tactics (TFT) coming to mobile, and the launch of card game Legends of Runeterra.