The streaming platform has not yet issued an apology though. 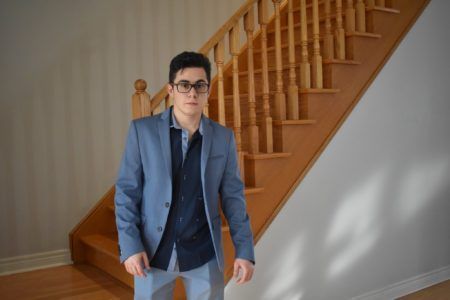 Just after three days of being suspended from Twitch after an alleged racial slur, Team Liquid’s TF Blade is back on the live streaming platform.

The League of Legends top-laner Ashkan “TF Blade” Homayouni announced on Twitter that he was finally free from Twitch’s ban on his account.

The trouble began on April 24, when TF Blade tweeted on his personal account that he was banned from Twitch for saying the “N-word” while streaming. The LoL player claimed he uttered the word “idiots” instead, and even slowed down the actual clip to prove his point not just to Twitch but to his fans as well.

The professional player then received an e-mail from a Twitch official explaining that they had played the clip to people a lot of times, and “all consistently heard the N-word”.

While TF Blade’s Twitch account was initially set to be suspended for 30 days, his appeals and a lack of past violation records saw the suspension shortened to seven days.

TF Blade, however, was still extremely “frustrated” with the ban, calling it “unfair” as it could have an impact his sponsorships as well as leave a mark on his career.

Team Liquid’s co-CEO and owner Steve Arhancet tweeted that he had listened to the clip for 20 times and it was “clear” to him that TF Blade was saying “idiots”, and added that he was reaching out to Twitch to remove the ban and obtain “an apology for the misunderstanding”. Team Liquid’s LoL coach Mark Zimmerman also jumped to TF Blade’s defense.

With the ban lifted, things are back to normal for TF Blade, and the player has already climbed up to Grandmaster in the EUW servers. That said, Twitch has yet to issue an apology.