The fanfare ascends with this new Nendoroid Sona figure from Riot Games and Good Smile Company.

A closer look at the League of Legends Nendoroid Sona figure

Good Smile Company showcases one of League of Legends’ earliest support champions and Demacia’s very own performer, Sona, in her default skin.

Nendoroid Sona also comes with three interchangeable faceplates including a smiling expression, combat expression, and a flustered look that makes her bear a slight resemblance to a popular Japanese teal-haired character, Hatsune Miku.

This might be the first time we’re seeing the mute and mysterious Sona convey so many emotions!

The Nendoroid Sona set comes with small, colorful pieces to show her in action. Combine the blue pieces to attack using Hymn of Valor, the green ones to heal with Aria of Perseverance, the magenta bits for a speed boost with Song of Celerity, and the gold piece to cast Sona’s ultimate, Crescendo. 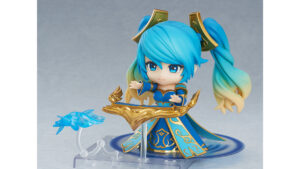 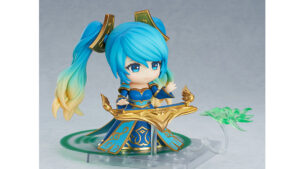 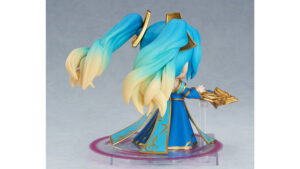 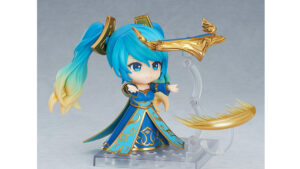 This Nendoroid Sona is the sixth figure under the League of Legends collection after Nendoroid Kai’Sa. Here is the full list of Nendoroid numbers for collectors out there:

Nendoroid Sona is now available for preorder and will be released next year, January 2022. This official League of Legends figure is slightly pricier than the first LoL releases at US$75.

You can buy Nendoroid Sona through GoodSmile’s Online Shop or via their international partners.