The extension will be available on Twitch on February 20. 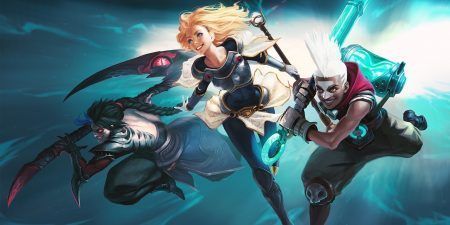 When it comes to watching your favorite League of Legends matches, it’s always difficult to keep track of the finer details such as item builds and kill-death-assist (KDA) numbers.

Luckily for us viewers, Riot Games is implementing a new Live Tracker extension for Twitch that will provide match data with a simple click. Riot senior developer Gene Chorba teased the look of the new extension in a recent tweet.

While the Twitch-exclusive extension will likely be used for professional League matches, Riot has confirmed that it will not be exclusive to its official streams.

A Twitch blog post explained that LoL streamers can use the extension for their own channels, allowing viewers to inspect such details as summoner stats, scoreboard, build, and match history.

Seeing as how Clash mode is coming in the same week (February 22-23), viewers may see both new features at work in their favorite League streams.

The League of Legends Live Tracker will be available on February 20.

SEE MORE: Top 5 plays of the week from the LCS, LEC, and the LCK