With the League of Legends World Championships commencing, Riot has revealed the official merchandise for the event.

The Riot Games merch store is now filled with Worlds-themed items and garments for every League fan.

The currently featured item in the online store is the Elder Dragon XL figurine. The cute, yet ferocious creature stands at 5.1-inches and is the 13th figure of the Series 3 collection. Fans can purchase the limited-edition figurine for US$ 30.

As for clothing, Riot has released a Worlds Match Day hoodie. The sleek jacket is mostly black, sporting white and orange accents. The front and back show off two different Worlds crests, with the back crest featuring the venues for the championship. You can purchase the zip-up hoodie for US$65.

Other notable items include a Worlds Tibber plush toy (US$35) and city-themed track jackets (US$95).

Fans will also have the opportunity to purchase a miniature Summoner’s Cup figurine (US$15) and obtain a complimentary Elder Dragon in-game icon if they purchase before November 10. 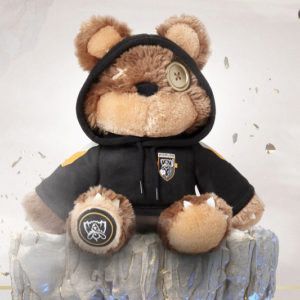 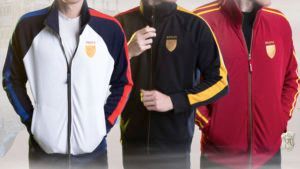 The League of Legends World Championship is currently in its play-in stage and will have its finals on November 10.