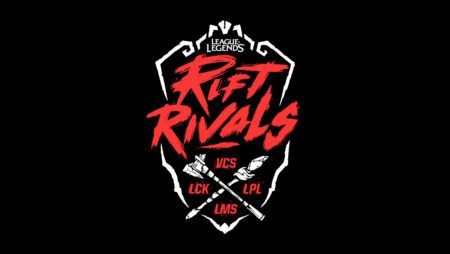 Rift Rivals is supposed to be all in the name of fun, yet this year’s competition feels a little more serious than usual.

For one, it’s being held in South Korea. Secondly, the Vietnam Championship Series (VCS) is a new region that’s being included, and Vietnamese teams will have their first taste of being part of the big leagues.

It’s likely that the rivalries between teams have intensified since the Mid-Season Invitational, so it is unlikely any of them will take these match-ups lightly.

Here are key matches to look out for on day 1 and 2 starting tomorrow.

At first glance, the match seems like an easy one for Chinese squad JDG. However, it might be closer than you think. The addition of Nguyễn “Ling” Mạnh Linh (former VCS caster) as head coach brings a new dimension to Vietnamese squad DBL’s drafts.

After all, they’re the only team that has attempted to play a Sona comp. This showcases their willingness to go against their own region’s teamfight playstyle and adapt-to-meta win conditions.

JDG’s near-miraculous run to the final appeared to be just that at first. They have since come back down to Earth, exhibiting much inconsistency.

However, they are coming off a 2-0 win over Invictus Gaming where the bot lane synergy of Gu “Imp” Seung-bin and Zuo “LvMao” Minghao seems to be improving significantly. It’s possible that JDG could be nearing their peak as RR approaches, which can only bode well for the LPL.

China’s FPX are the best team in the LPL right now. A quick glance at their ban-pick phases and you’ll realize that they have fully embraced the competitive meta of flex picks.

Kim “DoinB” Tae-sang has the ability to play Renekton, Lulu, Kennen, and a terrifying Aatrox in the mid-lane. With a player this talented in flex champions, FPX will be a tough nut to crack.

Not to be outdone, South Korea’s KZ also adds interesting flavors to their drafts. They’re the only team in the LCK to have ran Kled and Gragas top, Twisted Fate and Renekton mid and even Urgot jungle. Their innovative drafts haven’t always resulted in victory though, so KZ will have to fight for their wins.

South Korea’s DWG might as well be synonymous with Jang “Nuguri” . On average, he contributes 32.9% damage for his team — 8% more than the ADC. Looking like the Kim “Khan” Dong-ha of old, he propels his team on champions like Jayce and high-skill capped Fiora. Together with mid-laner Heo “ShowMaker” Su, look out for sick clutch plays in skirmishes and that lead to victory.

After a near-complete revamp of the EVOS line-up, the odds are not high for the Indonesian esports organization’s Vietnamese squad comprising mostly former Vietnamese Championship Series B (VSCB) players.

The redeeming factor lies with the jungle-mid duo of Nguyễn “Sorn” Minh Hào and Lê “Dia1” Phú Quý. They have built up good synergy in their short time together. A team is only as good as their weakest link, however, and that synergy might be due to the fact that Dia1 is arguably the only player able to carry on the squad. Against better opposition from Korea and China, it may not be enough.

Griffin (GRF) vs JD Gaming (JDG)
This is the moment we’ve been waiting for — South Korean squad Griffin’s first international tournament. Despite making the LCK Summer Playoffs 2018 and Spring Playoffs 2019, they have yet to win a championship or go abroad to compete.

With a 72% first blood and first tower rate, this squad went from game team fighting to “snowball chess” in the early game. Flexibility defines their drafts so look out for Park “Viper” Do- pulling out something other than an ADC in the bot lane.

On the other side of the court, don’t let China’s JDG’s 3-3 scoreline fool you. Their recent performances show that they are ready to take on the world. In this matchup, the talented solo lanes Zhang ”Zoom” Xing-Ran and Zeng “Yagao” Qi will have to look to play the snowball tug-of-war with Choi “Sword” Sung-won and Jeong “” Ji-hoon.

Their penchant to show disrespect for their lane opponents might be the hidden ingredient that catches Griffin off guard.

The current top LCK team takes on the top dog of the VCS. On paper, this matchup has the potential to live up to its billing — seeing Griffin outside of their natural habitat against a team who will push the “go” button very early.

DBL’s top laner Lâm “Raizo” Huỳnh Gia Huy has filled the shoes of Phạm “Zeros” Minh Lộc for the time being, but it’s still a question as to how will he perform against the likes of Choi “Sword” Sung-won and Lee “Tarzan” Seung-yong.

Can Griffin, who are themselves adapting to the increased pace of play globally, bring a win for Korea as one of the top teams? After all, the international landscape has changed since Worlds 2018 and MSI 2019. Korea are not the automatic favourites (or winners) anymore, and because Griffin has no international experience, there is every chance of an upset.

Despite a 5-1 scoreline, China’s TES has only teams that are currently in the bottom half of the LPL table apart from Bilibili Gaming. While that isn’t an indication of their current strength, their recent showing against a Rookie-less Invictus Gaming looked shaky.

TES continues to rely on Zhuo “Knight9” Ding to perform in order to win games. However, Bai “369” Jia-Hao has shown the potential to solo kill even Kang “TheShy” Seung-

team will have to rely on such moments to topple DWG’s Jang “Nuguri” . Failing which, they will have to rely on their prowess to wrest control from the enemy team. If DWG disciplined enough and draft well, they should take the game. Otherwise, prepare for much bloodshed.

Slow to adapt to the meta, the squad has finally found success by drafting cohesive compositions. Against KT, Lee “Faker” Sang- played Neeko mid while Park “Teddy” Jin- has been on Varus duty in the last three out of four matches. Adjusting their draft might be all that’s needed for SKT to rise again.

On the flip side, it is not known what version of IG will show at Rift Rivals. As exhibited at the Mid-Season Invitational 2019 (MSI), they can be the best team in the world in one moment, and lose to Team Liquid the next. It could have been attributed to hubris at MSI, but at Rift Rivals the team’s condition rests upon Song “Rookie” Eui-jin’s return.

Moreover, no other World Champion team has switched coaches as many times as IG — an indicator of possible turbulence within the team. If SKT is determined to get revenge for their 16-minute loss to IG at MSI, this is their moment.

Tan Wei Hao and Jonathan Yee contributed to this report.