The Lady of Clockwork is deadly in the hands of Faker. 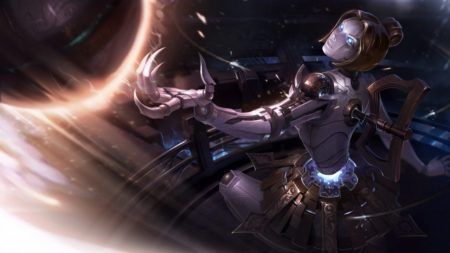 Faker may play a lot of Orianna, but Zed is still his most successful hero.

Ranking History’s latest video collects all of Faker’s played champions dating back to his debut in the professional scene in 2013 and tracks it all to way to April this year. While Faker has used over 20 champions, he still has his favorites.

Top of the list is Orianna, the Lady of Clockwork. He has used Orianna 58 times with an average kill-death-assist (KDA) ratio of 5.66. On top of that, his win rate with her is at 67%, meaning that he has won around 39 games using the champion. While the number may not seem high, it’s his skill with the champion in the right circumstances that can prove decisive, and there’s no better example that the below matchup featuring SKT T1 versus EDG during the 2017 League of Legends World Championship.

However, Faker’s most successful champion is still Zed with a 92% win rate. Despite being only used by Faker 12 times, the South Korean player’s skill at using the hero has seen him being honored with the Galaxy Slayer skin.

With a massive pool of 144 unique champions including the newest reveal of Yuumi, the Magical Cat, it’s probably impossible to master all of the champions on the League of Legends roster. Even being good at a few can prove to be tough, but the best LoL player in the world, Lee “Faker” Sang-hyeok, has shown that he has the chops to do so.