Official League of Legends esports content is coming to Spotify

Look out for new podcasts and original shows. 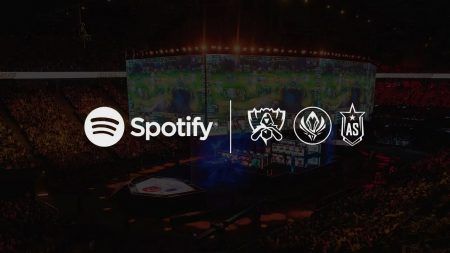 In this exclusive partnership, Spotify will be producing original podcasts, new shows, and other audio content that are related to League of Legends. Even curated playlists for this battle arena — from official listings of game music to those that take inspiration from the game characters or lore — will be included.

As the official audio streaming partner for League of Legends esports, Spotify opened a central hub for all the game’s audio-related content. This will ensure the fans can easily and seamlessly access anything and everything about League of Legends.

This includes new podcast content, such as the 9-episode “Untold Stories: Top Moments from Worlds”, original shows like “The Queue with Dash”, “The Dive” esports program, exclusive interviews, and game highlights.

All League of Legends players — from casual to the pros, and even those who just tune in for fun — can now access the new League of Legends hub on Spotify. Beyond the curated playlists and being able to quickly play their favorite tracks from the game, both players and fans will also be able to catch up with the latest community happenings.

For those who want to jump right in and enjoy the League of Legends experience on Spotify, they can get into the specially curated hub right now.

READ MORE: A closer look at how G2 and Fnatic toppled the LEC league leaders