Miss Fortune might be the most underrated marksman right now

It’s time to bring sexy back. 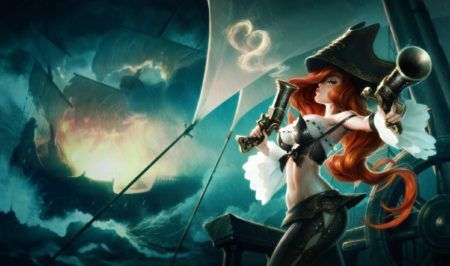 The last time Miss Fortune was buffed was way back in League of Legends Season 10 in patch 10.18.

Despite all that’s been going on in Season 11, this sassy marksman champion has fallen under the radar. Well, except in the Riot Games merch department, which released a new Miss Fortune Unlocked Statue earlier this year.

As such, it’s a surprise to see her pop up in the latest League of Legends patch 11.18 notes that’s targeted at the Worlds 2021 meta.

Yes, that’s the end of the notes. That’s the buff — two additional waves at all ranks for her ultimate, Bullet Time.

Based on League of Legends shoutcaster and content creator David “Phreak” Turley’s calculations, she now outputs 117% more damage from Bullet Time at rank one, 114% at rank two, and 113% at rank three compared to her previous numbers, and is therefore a stronger marksman in the early game.

In Nick “LS” De Cesare’s patch breakdown, he shared more thoughts on her viability in the current meta.

“Miss Fortune I think is totally viable, it’s just everyone’s forgotten about her. I think people got bored of her, and she has such a bland playstyle that AD carries got sick of her,” said LS, who is a big fan of Graves’ lethality build on her.

He added, “I think this random buff she’s getting maybe puts her on the radar, but there’s nothing preventing her from being played.”

Since Ashe, Aphelios, and Varus were nerfed in the same patch, will we finally see Miss Fortune again at Worlds 2021?