Meet Aphelios, League of Legends’ newest and likely the most complicated champion to date

True power comes at a cost. 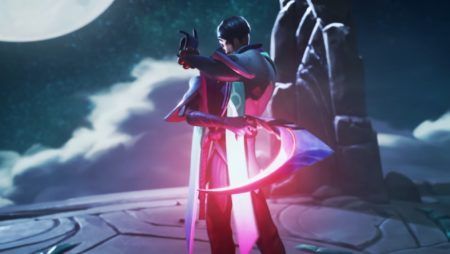 The good news is, Aphelios will be a champion that will wield five weapons, but the bad news is that he will be the hardest champion to play so far — Riot Games Senior Communications Strategist Paul “Riot Aether” described him as one of the champions with the “highest skill ceilings in the game.”

Lore wise, he is not alone, as accompanying him is his twin sister Alune. Every time a match starts, Aphelios drinks poison to be able to communicate to his sibling located in a remote fortress. The poison also enables him to channel Alune’s magic to summon the weapons he need.

Aphelios five weapons come from a stash called the Weapon of the Faithful, with each weapon being equipped on either the Main or Off Hand. The catch is Aphelios cannot pick which two weapons he equips at any given time.

Here is a rundown of this marksman’s stash of weaponry.

Because of his complexity, Riot Games has even designed a custom HUD for him.

Aphelios, the Weapon of the Faithful, will be coming to League of Legends on patch 9.24. You can read more about his kit here.