Marksmen, it’s time to jump on the Jinx train 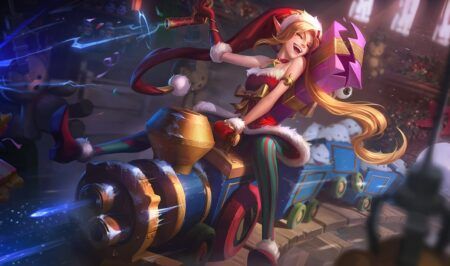 Get excited, because she’s back!

Out of the nine champions buffed on patch 11.3, League of Legends‘ manic criminal who loves explosions, Jinx, received the biggest changes.

Marksman mains, gear up, because now you’ll be able to blow things up even more. Riot’s reason for buffing Jinx is because “the new item changes have not been kind” to her and they really want to see her back in pro play. So far in 2021, she has not been picked at all in major leagues. In 2020, she was only played four times in LEC, LCK, and the LCS, of which only one game resulted in a win.

Jinx’s core ability Switcheroo (Q), was greatly buffed. Its bonus range has increased by 15 at every level, which means she has greater potential to kite and more safely position, especially in lane.

Flame Chompers!, her hard crowd control ability that roots, was adjusted to arm faster but cost more mana, while the mechanic of her throwing them down was smoothened.

To prevent these buffs from being too overpowered, Riot nerfed her base health by 60 HP. This rewards opponents when they manage to get a jump on her despite her extra range.

Coupled with the recent buffs to Runaan’s Hurricane in patch 11.1, Jinx is all set to make a comeback, so watch out for her in both solo queue and pro play!