The competition has never been closer in the LEC. 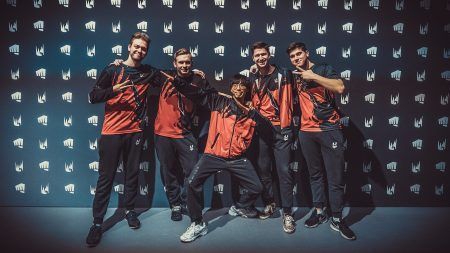 The League of Legends European Championship (LEC) has never been more competitive with four teams tied for first-place halfway through the 2020 Spring Split.

Match of the week: Origen vs Fnatic

Week 5 ended with a bang with a clash of two European powerhouses in Origen and Fnatic.

In this best-of-one series, fans witnessed FNC Gabriël Rau’s Pantheon get the better of OG Barney “Alphari” Morris’ in-the-meta Soraka on the top lane. Partnered with FNC Oskar “Selfmade” Boderek’s Taliyah in the jungle, the duo’s power synergy helped Fnatic to an impressive total KDA of 20/10/51 against Origen’s 10/20/24.

With Fnatic’s powerful global composition, the game ended in 30 minutes with an 11,000 gold lead.

With his deathless Kalista and a creep score of 305, MAD Lions’ Matyáš “Carzzy” Orság impressed everyone during MAD’s match against G2 Esports.

His ability to kite enemies despite using the low-range champion Kalista partnered with his aggressive play-style was simply amazing. With MAD Norman “Kaiser” Kaiser’s Taric protecting him on the side, Carzzy finished the game with a perfect 5/0/11 KDA.

With a 7-3 standing, Fnatic, G2 Esports, Misfits Gaming, and Origen are all tied for first place.

Following them in fifth place are MAD Lions and Rogue with a 6-4 standing.

Excel Esports gets the seventh spot at 5-5.

Schalke 04 just gained their second win of the Spring Split and are now at a 2-8 standing, alongside SK Gaming.

Team Vitality is at the bottom of the charts with a poor 1-9 standing.