The rivalry between Team Liquid and Team SoloMid intensifies. 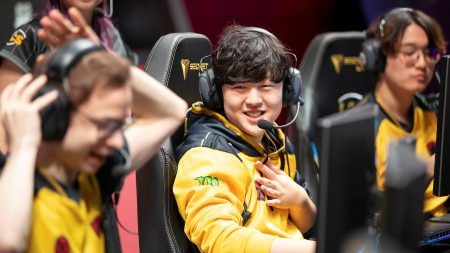 The League of Legends Championship Series wrapped up its first month with a heated rivalry brimming at the top of the leaderboard.

While Cloud9 continue their perfect season, Team Liquid and TSM finished the week with two wins, and are tied in second place.

Match of the week: Team Liquid vs FlyQuest

The new and improved Team Liquid bested the LCS Spring finalists this week. Though FlyQuest was going strong in the mid-game, TL out traded with map objectives.

When FlyQuest moved towards an unwarded Baron, TL burned through the objective and turned the tables with a preemptive attack. After Nicolaj “Jensen” Jensen initiated the fight with a well-timed Emperor’s Charge, the rest of TL followed up with three kills, and took down the last mid turret and inhibitor.

TSM’s promoted rookie has been ruling the jungle. Despite having some coin-flip moments on his debut, the jungler has locked in his place as TSM’s assist-maker.

In their match against Counter Logic Gaming, Spica and his teammates outclassed Eugene “Pobelter” Park in a game-changing 3v3. Later in the game, after Spica secured two Infernal Drakes which prevented CLG from getting the Dragon Soul and with his team, pulled through for a convincing victory.