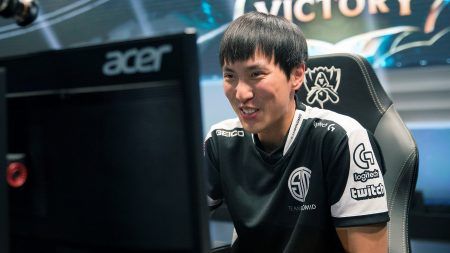 The League of Legends Champions Series has concluded its third week with Cloud9 maintaining their undefeated streak.

The rest of the league is still butting heads on the leaderboard, with FlyQuest, Evil Geniuses, Counter Logic Gaming, Team SoloMid, and Team Liquid tying in second place.

Match of the week: Team SoloMid vs Evil Geniuses

League favorites TSM are getting back into form, and ran over Daniele “Jiizuke” Di Mauro and his EG squad.

Snowballing the pressure in mid, TSM stormed down the last mid turret for their final clash. As the rest of the team focused on keeping EG busy, Yiliang “Doublelift” Peng on Aphelios tore down base structures to secure a well-earned win.

Blaber continues his domination as a world-class jungler who has his sights set firmly on map objectives.

In C9’s thrilling match against the new and improved Team Liquid, Blaber pressured enemy jungler Mads “Broxah” Brock-Pedersen, and together with his team, won skirmishes in the jungle.

With C9 at Soul Point, Blaber initiated the dragon-pit clash with a far-reaching Resonating Strike, and took out Jung “Impact” Eon-yeong and gave his team a numbers advantage.

Blaber went on to secure the Ocean Soul and Baron buff to close out the game.