The league’s underdogs get an early start to the season. 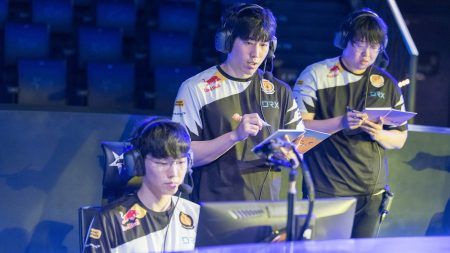 The League of Legends Champions Korea has finally begun, and DragonX exceeded expectations with impressive performances against LCK powerhouses T1 and Gen.G.

Afreeca Freecs and DAMWON have also put themselves ahead with two match victories.

Match of the week: DragonX vs Gen.G

Up against Gen.G, DRX had to face their second “superteam” of the week. Coming off a 2-1 win against T1, DragonX proved that their offensive prowess was more than just a fluke.

In the first game, DRX completely dominated Gen.G with an ace-to-base finish.

Gen.G eventually got their groove halfway through game two, stopping DRX’s momentum with a great engage in front of the dragon-pit.

Gwak “Bdd” Bo-seong and his crew quickly locked down on Ryu “Keria” Min-seok’s Yuumi to disable DRX’s healing potential. With Yuumi down, Gen.G went to town on DRX, cleaning up the remaining players for a near-ace.

After the turnaround, Gen.G started to overtake in kills and clashes, leaving DRX in the dust.

With half of DRX deep in their death-timers, the four-man Gen.G wrecking crew broke through two Nexus turrets and downed the Nexus at the 30th minute.

With both teams now zoned in, game three turned into a bloodbath. Although Gen.G had some kills and drakes on the board in the early game, DRX powered through the final minutes with some incredible game play.

Managing to stall the game and secure three Baron buffs for themselves, DRX finally aced Gen.G at the Baron pit for the match win.

DAMWON’s killer support has been racking up MVP awards. With DWG having some unorthodox playstyles, the team heavily relies on BeryL and his damage-heavy supports to close out games.

On support Pantheon, BeryL turned into a kill catalyst in the botlane. He denied DWG’ s four-man tower-dive by utilizing Aegis Assault and Comet Spear.

Even though he had a low health bar, the support reentered the fight with Grand Starfall to stun the retreating Azir, snowballing the game in DWG’s favor.