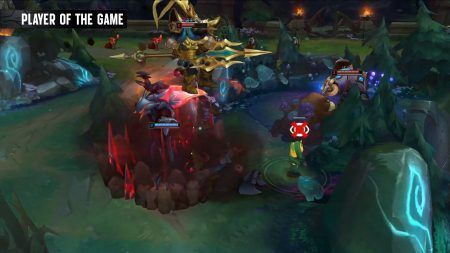 The League of Legends Champions Korea closes out its first online week with a new league leader in Gen.G.

Gen.G has been neck and neck with Korean superteam T1 throughout the season, but finally took sole possession of first place with a perfect record this week.

Match of the week: Gen.G vs. Afreeca Freecs

Gen.G capped off their week with a 2-0 sweep over Afreeca Freecs. Game one went back and forth with Gen.G having difficulty putting Afreeca away, until a decisive final clash won the game for them.

Despite Freecs having a tanky frontline, Kim “Rascal” Kwang-hee stunned both tanks with a Showstopper and Facebreaker. With only Lee “Spirit” Da-yoon left to defend, Gen.G sieged the base for the turnaround victory.

Game two was significantly slower. With only six kills on the board by the late game phase, Gen.G focused on tower-breaks and drakes to secure a gold advantage. Just after the 30-minute mark, Gen.G obliterated Afreeca Freecs for an ace and destroyed the Nexus seconds later.

KT Rolster’s Aiming was a sharpshooting sniper in their match against Hanwha Life Esports. Aside from sporting zero deaths and a 700 gold bounty, the Ezreal player scored a pentakill, securing ten kills in total in the game one victory.