Burn or burst? You choose. 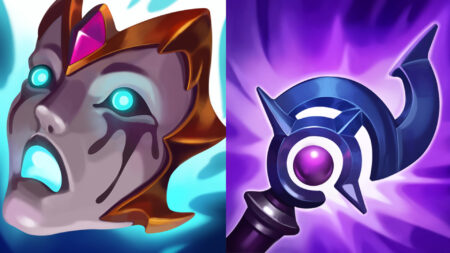 In previous League of Legends seasons, Luden’s Echo was the core item in every burst mage’s build. With item overhaul in Season 11, Luden’s Tempest just hasn’t been the same. That is about to change in patch 11.6.

Besides AP, CDR, and mana, Luden’s Echo’s passive had a charge that dealt additional bonus magic damage to the first enemy hit and surrounding enemies with its range. It had no cooldown, as the passive was tied to the amount of charges accumulated.

Its reworked replacement, Luden’s Tempest, gives less AP, with some added magic penetration, and a revised passive that isn’t based on charges anymore. Instead, it gives bonus magic damage and bonus movement speed, but with a fixed cooldown.

As a result, mid laners on burst mages like Orianna and Syndra in major leagues have been purchasing Liandry’s Anguish as their Mythic item. It gives the same amount of AP, Ability Haste, and mana as Luden’s, with a passive that burns enemies based on their maximum health over four seconds, and ignores 5% of the user’s magic resistance up to 15% magic penetration.

Most pro players were in consensus that Liandry’s Anguish simply did more damage overall compared to the nerfed Luden’s.

In patch 11.6 however, Riot made a small adjustment to both items that has a big impact on all mages.

The part about Liandry’s that made it more effective than Luden’s has been removed. Instead, it now does bonus damage solely to champions that stack health, namely tanks. This is a throwback to the primary purpose of previous seasons’ Liandry’s Torment.

Luden’s Tempest on the other hand, has been outright buffed. Its passive had a 10 second flat cooldown, but not anymore. Dealing ability damage to an enemy champion reduces it’s CD up to a maximum of three seconds per ability.

So far, based on preliminary patch 11.6 statistics on U.GG, Annie, Vel’koz, and Ahri — all of whom benefit from the new Luden’s Tempest — have a positive win rate of more than 52% in high ELO solo queue.