Is this the start of HOLOHOLO’s comeback? 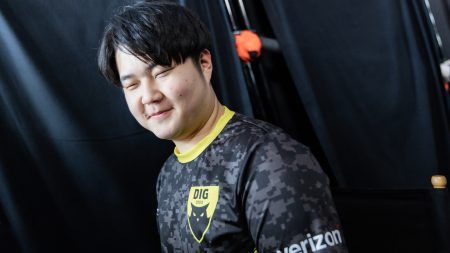 Heo “Huni” Seunghoon was finally able to play on the main stage of the League of Legends Championship Series (LCS), and together with Evil Geniuses’ recent signing of Greyson “GoldenGlue” Gilmer, they defeated the best performing LCS team this Summer.

Due to the LCS import player rule, a maximum of two non-residential players can be fielded in a single line-up. For EG, mid laner Daniele “Jiizuke” Di Mauro and bot laner Bae “Bang” Jun-sik have been active.

With US resident Goldenglue taking over the mid lane, their starting roster opened up a non-residential spot for Huni, who has been playing for EG’s academy team. This weekend, he made his debut in the Summer Split, and finally got to play alongside his good friend, Bang.

Not only did these two star players dominate their match against league leaders Cloud9, they also did it with only three days of practice, according to Goldenglue.

At the eleventh minute, EG defended well against a two-man gank. They even managed to turn the situation around, and walked away with two kills and a Cloud Drake.

Huni played a deadly Gangplank, rushing in for the clean-up, while Goldenglue poked from the backline, dealing some insane damage with Zoe’s Paddle Star.

After securing Mountain Soul in the late game, EG was fearless, and used every engage to their advantage.

In the final moments of the game, EG zoned out Cloud9, preventing them from taking Elder Dragon. Goldenglue nailed the first kill with a pin-point Paddle Star on Yasin “Nisqy” Dincer’s Syndra, while Huni on GP shot down Zven’s Ashe in the jungle.

On Volibear, Dennis “Svenskeren” Johnsen charged through the rest of C9 for two more kills, leaving only support Vulcan alive, which was the green light for EG to rush down C9’s base.

With EG’s untested squad handing the best LCS team their second loss of the season, it looks like EG may be extending Goldenglue’s 1-week contract.

“I’ve been playing League professionally for like seven years now, and this is the best team I’ve ever played on,” said Goldenglue in a post-game interview.

Catch the new and improved Evil Geniuses in their match against Immortals this Saturday, July 25 at 9 a.m. (GMT+8).