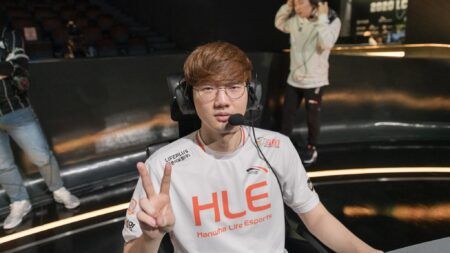 Korea is considered to be one of the toughest ranked ladders in League of Legends, but Hanwha Life Esports’ Park “Viper” Do-hyeon took on the challenge this year and currently stands as the top-ranked solo-queue player in the country.

While those picks and their rates are impressive, Viper also had a solid run with Lucian (64%), but he only played the gunslinging champ for 36 games compared to Ezreal’s 143 games.

Despite his success on the solo-queue ladder, Viper had some troubles with HLE in the 2020 LCK Summer Split. In the league, HLE finished in a disappointing ninth-place with a 2-16 record.

Now that the LCK is getting substantial changes with the franchise system, we may see Viper shine in a relegation-less league. With former teammate Son “Lehends” Si-woo still accompanying him in the bot-lane, HLE may find a stronger synergy between the familiar duo.

Viper can also find some hope in another team. With his HLE contract expiring right in time for this year’s free agency, Viper could possibly take his talents to a more hopeful team like newcomers hyFresh Blade or seventh-place SANDBOX Gaming.