Gen.G has defeated T1 for the first time in two years

Could Bdd overtake Faker as the best midlaner in the LCK? 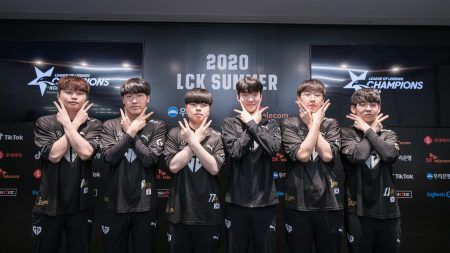 This weekend, for the first time since 2018, Gen.G emerged victorious against bitter LCK rivals T1.

The last time Gen.G beat the reigning LCK champions was the LCK Regional Finals match in 2018.

In game one, Gen.G’s botlane was the X factor that led to a sudden turnaround in clashes. With Park “Ruler” Jae-hyuk using Ezreal and Kim “Life” Jeong-min using Tahm Kench, the two delivered an insane reengage with TK’s Abyssal Voyage that claimed the life of Kim “Canna” Chang-dong’s Karma.

Ruler continued to dominate the match, easily leaving Park “Teddy” Jin-seong in the dust. Within the final moments, the Gen.G ADC collected several kills around the Nexus, completing the quadra-kill with an incredible Trueshot Barrage on Moon “Cuzz” Woo-chan and his Jax.

Game two gave Gwak “Bdd” Bo-seong some time to shine with his Zoe. Despite going against the legendary Lee “Faker” Sang-hyeok, Bdd simply outclassed the veteran in a bot-lane duel. With Faker already retreating with a hard hit from Zoe’s Paddle Star, Bdd went in for the kill, initiating a flashy Portal Jump to execute the T1 midlaner.

Though Bdd fell to a gank from the rest of T1, Gen.G’s clean-up crew delivered some eccentric finishes, with Kim “Rascal” Kwang-hee’s Ornn deleting Cuzz’s Olaf and Ruler’s Kalista spearing through Canna’s Camille.

Ruler eventually came back into the game as the final dagger to T1’s composition. With an elongated battle happening in the bot lane, Rascal’s Ornn easily locked down on the retreating T1 members with a combo of Call of the Forge God and Searing Charge.

With the stunning combo, Ruler’s Kalista emerged from the back-line to throw out his lethal spears and earn the quadra-kill ace. With no one left to contest their push, Gen.G stormed the base to complete the well-deserved sweep.