He’s doing his best to move on. 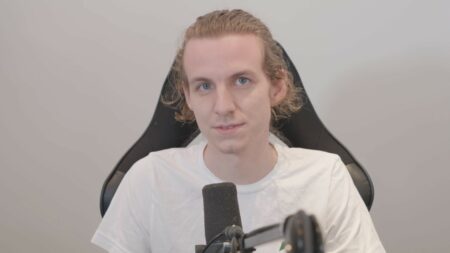 After FlyQuest missed out on the 2021 LCS Mid-Season Showdown, top laner Eric “Licorice” Ritchie opened up about his season experience in a video with content creator Travis Gafford.

In late 2020, Licorice was dropped by Cloud9 to make room for Academy prospect Ibrahim “Fudge” Allami. Licorice eventually found a new home in FlyQuest for 2021.

“Getting cut from a team is just hard,” said Licorice. “I’ve been doing my best to move past it, but it’s like a break-up. They dumped me and it hurts.”

The top laner also compared his new situation at FlyQuest to his previous seasons. Licorice usually saw himself as one of the younger players on the team throughout his career and felt that his communication was deferential to longer-serving veterans like Zachary “Sneaky” Scuderi.

However, now that he’s surrounded by rookies and young players in FlyQuest, Licorice feels like it’s on him to share his game knowledge, experience, and shot-calling. As the only veteran on the team, he wants to work on his confidence to slot in as the team’s leading voice.

“It feels like we kind of need someone to step up and I wasn’t able to do that this split,” concluded Licorice. “If I can get my calls down, then we’re going to look way better next split.”

FlyQuest finished Spring in eighth place with a 6-12 record and will carry that record into the Summer season in June.

You can watch the full interview down below: