The Korean league will be accepting team applications until June 19. 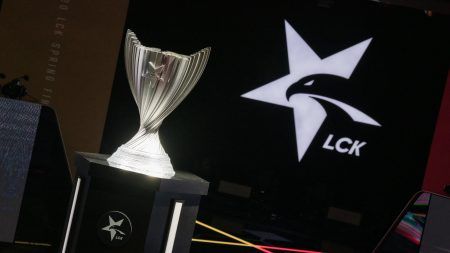 The League of Legends Champions Korea (LCK) is introducing a franchise model next year and many international esports organizations have jumped on the opportunity to join the Korean league.

Apart from the ten teams already in the LCK and eight in Challengers Korea, other organizations have informed Riot with a letter of intent to join the LCK.

Some big names have appeared on the list including American organizations, FaZe Clan and NRG Esports, but Riot Games clarified that a LOI is just “a willingness to invest” not a guarantee of a spot in the LCK.

Riot is aware that many organizations are interested, but the company will take time to review the league’s potential partners after the application deadline on June 19.

NRG was actually part of the League of Legends Championship Series in 2016, but its team was relegated to the NACS after a 4-14 summer record. Though NRG’s stint in NA major league was not spectacular, the team offers a ton of star power in its name. Notable investors include NBA legend Shaquille O’Neal, MLB superstar Alec Rodriguez, and Hollywood celebrity Jennifer Lopez.

As for FaZe Clan, this will be their first-ever venture into the competitive League scene. Though their organization is more known for its dominating presence in FPS titles, the team has a championship standard that may potentially work in a different game genre.

The LCK will be the final major league to adopt a franchise format, following the likes of the LCS, LPL, and LEC. With the format change, LCK teams will be required to pay their players a minimum of KR₩60M (US$49,00) a year.

Riot Games will announce the newest partners of the LCK sometime in September.